Generally speaking, the higher the interest rate, the better it is for our investments — right? So why do bond prices fall when interest rates rise?

Generally speaking, the higher the interest rate, the better it is for our investments — right? So why do bond prices fall when interest rates rise?

Between its issue date and maturity date, the market price of a bond isn’t fixed. It moves in the opposite direction of interest rates. So are bonds a good investment right now? Or should buyers beware of today’s low interest rates? Bond funds buy and sell securities frequently, which can affect your portfolio in all kinds of ways — and that’s not always a good thing.

What is a bond?

Let’s start with the basics. What is a bond? A bond is a financial tool that’s relatively simple to understand. It consists of a principal amount at purchase, a series of coupons, and a principal amount at maturity. Typically, bonds are issued at a price of $100 and mature at the same price. In the meantime, they pay a semi-annual amount of interest called the coupon.

How do bonds work?

Let’s say I want to invest $100 in a Government of Canada bond for five years, and the current interest rate is 1%. The economic transaction will be as follows:

Transaction 1) The current interest rate is 1%:

Since interest rates are always fluctuating, what happens if another investor wants to invest when rates have risen from 1% to 2%? The transaction would be as follows:

Trading bonds on the bond market

While bonds can be purchased directly from the issuer, they can also be traded on the bond market. An individual can sell a bond he or she owns to someone else, as long as a good market can be found. The following transaction explains the situation:

On day 1, let’s say the rates were 1% and I bought a bond according to transaction 1. I paid $100 and I expect to receive $5 in interest over the next five  years, and get the principal amount of $100 back at maturity.

On day 2, the rates have gone up to 2%. Another investor has the choice of buying a bond directly from the Government of Canada as described in transaction 2. In other words, the investor pays $100 into Canada’s coffers, receives 2% per year for five years, or $10 in interest, and gets back the $100 invested at maturity.

Alternatively, he can also buy my bond.  But since my bond  only pays $5 over five years, I will have to lower my price to make my bond as attractive as the Government’s competitive offer. If I lower my price by $5, the investor will pay $95, receive $5 in interest, plus the final principal amount of $100. This offer represents an added value of $5 in capital gains and $5 in interest, thus making it as attractive as the Government of Canada bond, which now pays $10 in interest (2% over five years).

This simplified example (which doesn’t take into account the time value of money) shows that when rates go up, the price of a bond will go down. Several points can be drawn from this example:

Looking at these points, we can conclude that a bond with a longer term to maturity and a smaller coupon will experience a larger drop in value if rates rise. This logic is governed by very simple math.

So why on earth are there so many long-term bond buyers in Canada when rates are at an all-time low? We know rates can drop even lower (as we’ve seen in Europe and Japan with negative rates), but chances are they’ll eventually climb back up to more reasonable levels.

The answer to these questions lies with large institutional investors, such as pension funds and life insurance companies, who are compelled to buy long-term bonds.

For the average investor, buying a long-term bond today is like playing rate roulette. If rates go up, the investor will lose big time. If rates go down, the investor comes out a winner. The decline in the price of the bond represents a lost  opportunity to invest at a better rate when the interest rates rise. The investor who bought his bond at a discount, as per the example above, and keeps it to maturity will see the value of his security rise.

In Canada, most bond funds are built around an index called the “Canada Universe Bond Index.” If you have a bond fund from a major financial institution in your portfolio, this index is important. The Canada Universe Bond Index  serves as the framework used by bond fund managers to build their portfolios. Its duration is more than eight years and its average rate is close to 1%.

In other words, if you invest in a bond fund, you are buying the equivalent of a long-term bond with an eight-year term to maturity that pays you about 1% in interest per year (before fees). Since rates are at all-time lows, when you buy a regular bond fund, you’re no longer buying a safe investment.  You’re playing a game of chance, where the odds are on the house’s side.

If you’d like to learn how to build a fixed-income portfolio in this environment, please contact us at Claret.

ESG Investing Is Deeply Flawed. Here Are 3 Ways to Improve It.

NFT Investing: What You Need to Know

Is your portfolio as conservative as you think it is? 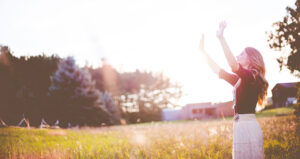 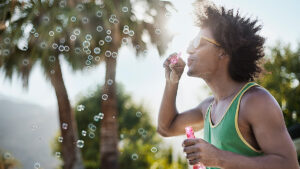 5 Stages of a Financial Bubble, From Birth to Bust