Home » Quarterly Letter » To avoid getting seasick, keep your eyes looking on the horizon

2015 has not been a good year for stock pickers in general, and especially for the ones who favour the value investing philosophy. As an example, Warren Buffett’s Berkshire Hathaway was down 12.5% (in USD terms). In fact, it is the tale of 2 stories:

While some specific sectors have performed well, the average stock has had a negative return in 2015.

If we divide the market into 2 groups – Value and Growth, the following price returns for 2015 reflect the underperformance of the “Value strategy”:

Since inception, Claret has gone through 3 periods where we underperformed the indices by a fair amount: 1998-2000, 2006-2007 and 2015-?. The period 1999-2000 was the dotcom bubble, that of 2006-2007 was the euphoria on oil and resources and 2015 was marked by the follies surrounding all the “internet-of-things” related companies: Facebook, Amazon, Netflix, Google (grouped in the new acronym of FANG stocks), Twitter, Salesforce.com and many more. All of them trade at nosebleed multiples yet, they keep defying the law of gravity, reminiscent of the 1999-2000 dotcom bubble period. The only difference this time around, is that some of the companies actually do make money. When reality hits, their stock prices will inherently come back to more reasonable levels and they might even become good investment opportunities. For now, it is difficult for us to justify their valuation.

Successful investment strategies need to be consistent over the long term, even when short term results are uneven. In fact, most value driven strategies that outperform the indices over a rolling-5-year basis only do so 3 years out of 5 years. Thus as investors, we need to be patient and disciplined. In other words: “in a storm, one way not to get seasick is to keep your eyes looking on the horizon and not on the waves”.

OUR THOUGHTS ON DIFFERENT ISSUES BASED ON HISTORICAL OBSERVATIONS:

Now that the Fed has raised the rate by a quarter point, a lot of investors have been asking whether long term rates are heading a lot higher?

Most people certainly remember the 18-20% interest rates back in the early 80s, especially those who had to get a mortgage for their home. However, we would like to give you some perspectives regarding long term interest rates. Refer to the following chart (1820 – 2015): 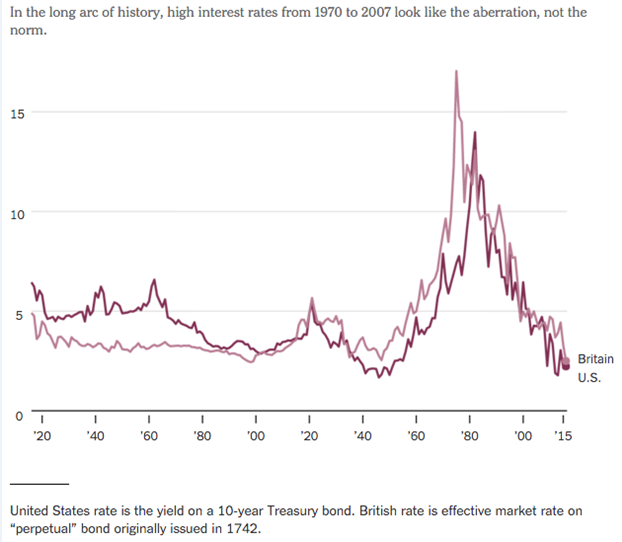 As you can see, interest rates remained range bounded at around 4-5% for a very long period of time. The real aberration looks like the 1970-2000 period when they averaged over 7%. The recent quarter point rate hike from the Federal Reserve does not change the possibility that rates could stay fairly low for a little while longer. In fact, as long as expected inflation stays around 2-3%, there is no reason for rates to be much above 4-5%. 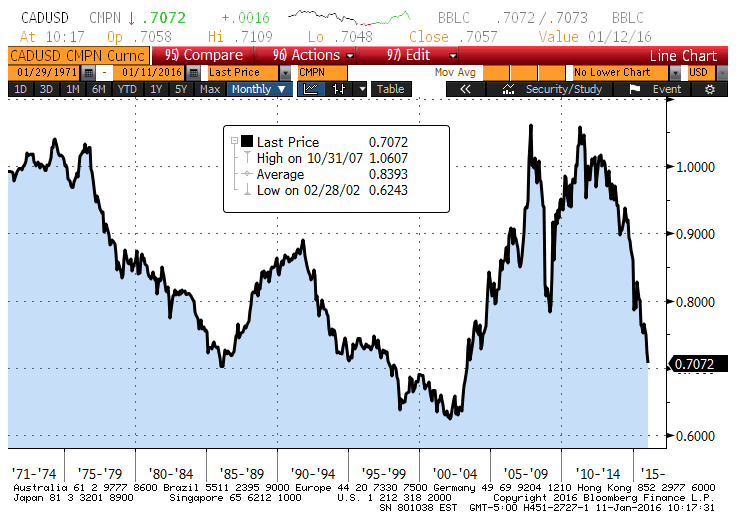 As we have mentioned in past quarterly letters, the Loonie is a secondary currency and its value fluctuates according to foreign investors’ appetite for our resources. Canada only represents about 3% of the world’s GDP but is a major natural resource producer. When our resource-based commodities are highly coveted, our currency increases in value. Unfortunately, commodities are cyclical and it seems likely that the bull cycle has ended. Barring some short term rallies, we neither expect the Loonie to appreciate significantly until the next bull cycle of commodities prices, nor do we expect it to lose significant value from its current level.

In summary, we believe it should fluctuate somewhere between 0.70 – 0.80 USD.

For those who have not read our last e-mail regarding the Canadian market, here is a reprint:

From 1982 to 2000, basically the previous bear market for commodities, the US market has outperformed its Canadian counterpart in CDN$ approximately 2 years out of 3. Now, in the current bear market for commodities, the US market has outperformed Canada’s 5 years in a row. From 1982 to 2000, the longest streak was 4 years of outperformance. Then, the following year, Canada strongly outperformed the US. In our opinion, the odds are that Canada will outperform the US next year in CDN$ by a fairly good margin. Could it be that the price of oil will rebound drastically? Maybe gold will skyrocket? Or maybe the Canadian market will simply do less poorly than that of the US? We will see … Over the long run, bear markets for commodities last on average 14 years. We are now about half way through. This is a strong headwind for the Canadian market.

THE US STOCK MARKET 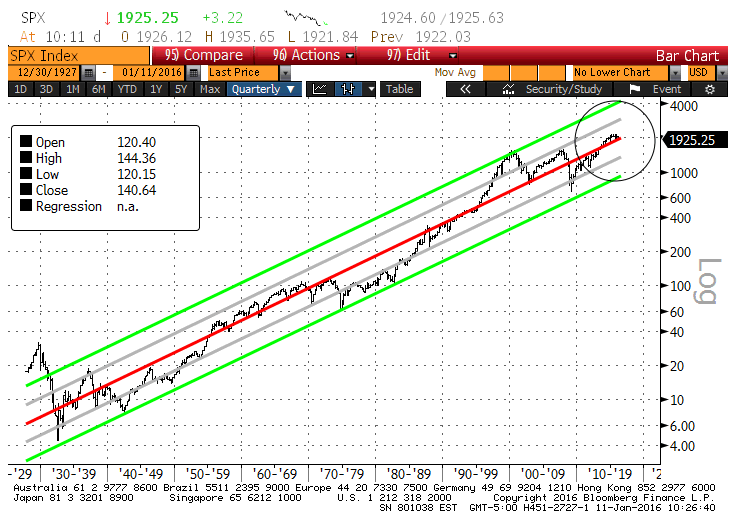 And the enlarged circle: 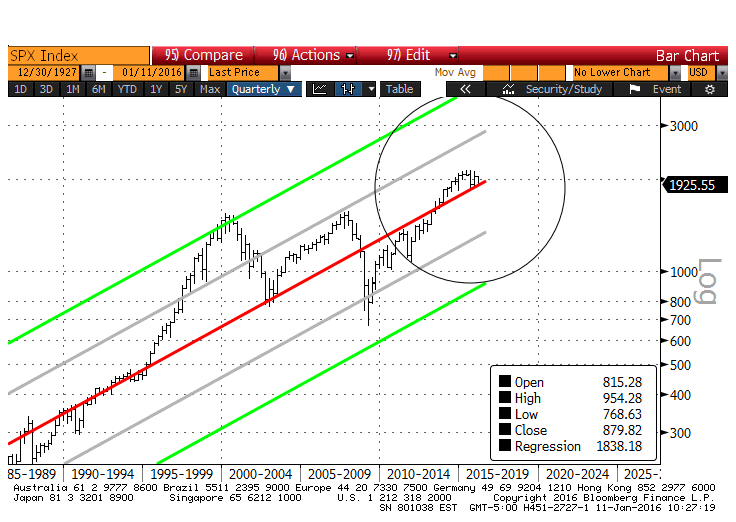 As we mentioned over the last year, the stock market is neither expensive nor cheap on a historical basis. If interest rates stay low, we can say that it is relatively cheap (versus fixed income). If rates were to go up sharply, it would make the market look expensive at some point.

In summary, the easy money on the markets has been made over the last 5 years. Looking forward, performance will only come from stock picking with discipline and patience.

Sticking to our tradition, the following are several quotes from investment managers and people that we admire. We believe that not only are they witty and sometimes humorous, they are full of insights and wisdom. We hope you feel the same way:

In an effort to perpetually keep the management of your portfolio relevant to your personal needs, goals and objectives, Claret strongly encourages each of you to advise us of any relevant changes.

Many of you have expressed a need for financial planning, advice regarding taxes, wills, etc. If need be, please let us know and we will arrange for you to meet the right experts in their field so you could get advice on an objective and independent basis.